Once again, Americans are looking forward to splurging on their favorite candy, costumes, and decorations during the Halloween season. According to the National Retail Federation’s annual survey conducted by Prosper Insights & Analytics, total spending for Halloween is expected to reach $9 billion, the second highest in the survey’s 14-year history. The figure is relatively the same as last year’s previous record of $9.1 billion.

Celebrants are planning to spend an average of $86.79, up from last year’s $86.13, with more than 175 million Americans planning to partake in Halloween festivities this year.

“The economy is good and consumer confidence is high, so families are ready to spend on Halloween this year,” NRF President and CEO Matthew Shay said. “Retailers are stocking up to supply children, pets, and adults with their favorite decorations, candy, and costumes for the season.” 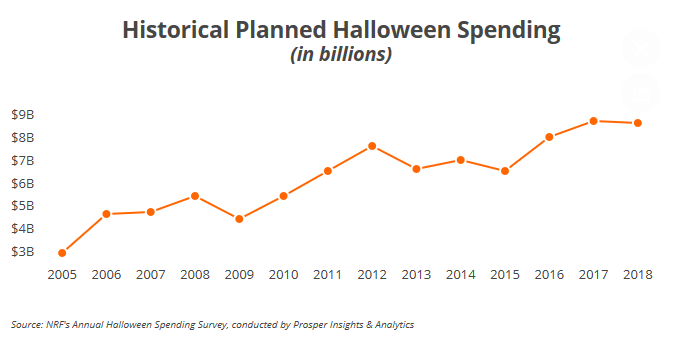 According to the survey, consumers plan to spend $3.2 billion on costumes (purchased by 68 percent of Halloween shoppers), $2.7 billion on decorations (74 percent), $2.6 billion on candy (95 percent) and $400 million on greeting cards (35 percent). 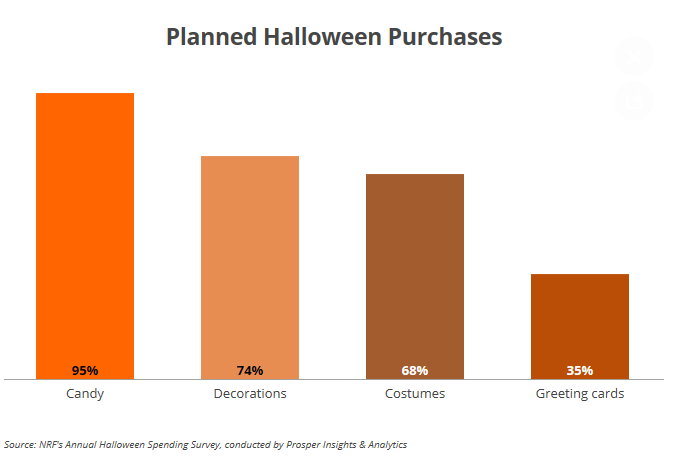 Pet costumes continue to gain popularity, with nearly 20 percent of celebrants planning to dress their pets in costumes this year up from last year’s 16 percent.

“One of the biggest trends this year is the growth of spending on pet costumes,” Prosper Insights Executive Vice President of Strategy Phil Rist said. “Out of the 31.3 million Americans planning to dress their pets in costumes, millennials (25-34) are most likely to dress up their pets, the highest we have seen in the history of our surveys.”

CPShop is a fully integrated solution that allows you to seamlessly sync products, customer and order data to your Counterpoint solution. It utilizes existing e-commerce categories within Counterpoint to allow you to group items on your website to maximize visibility.